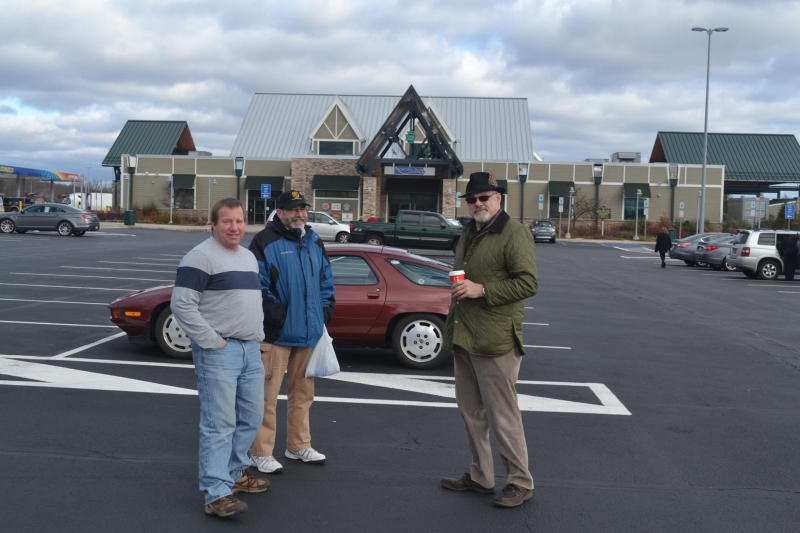 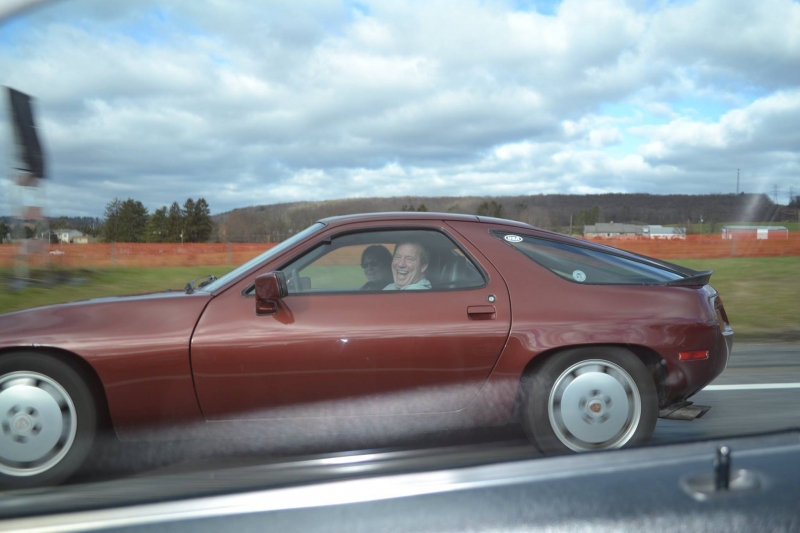 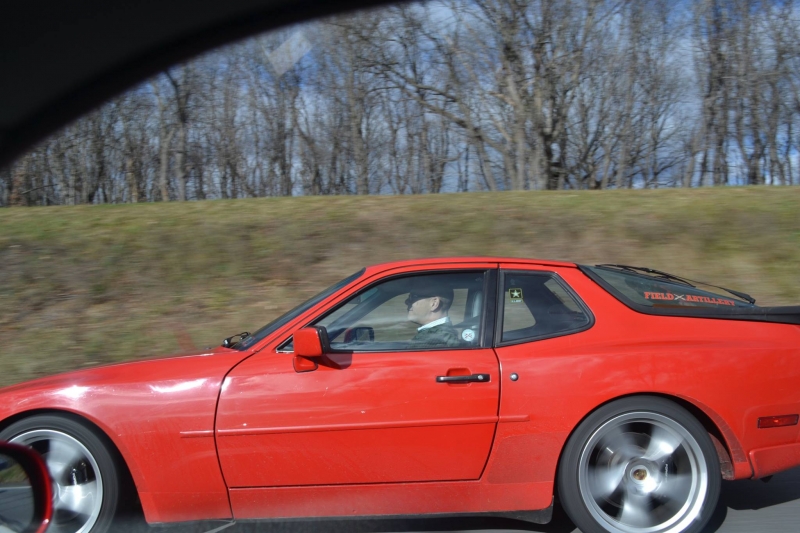 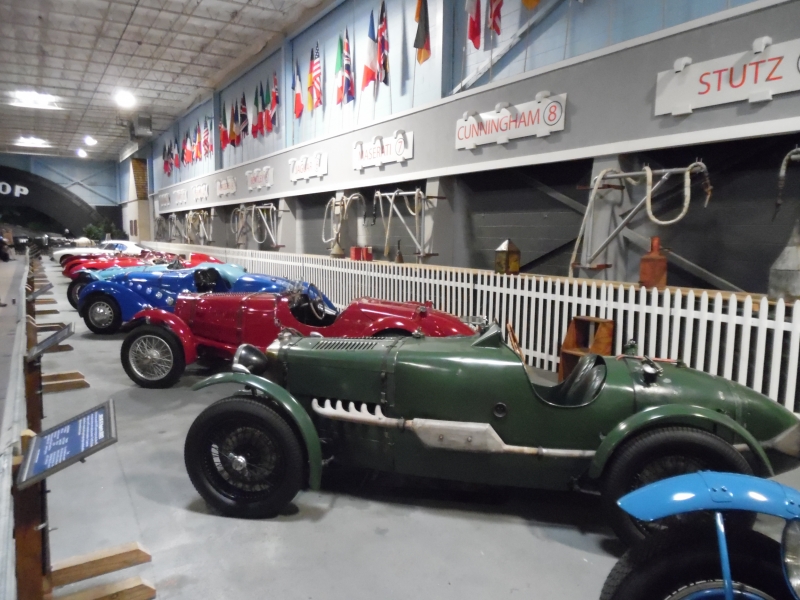 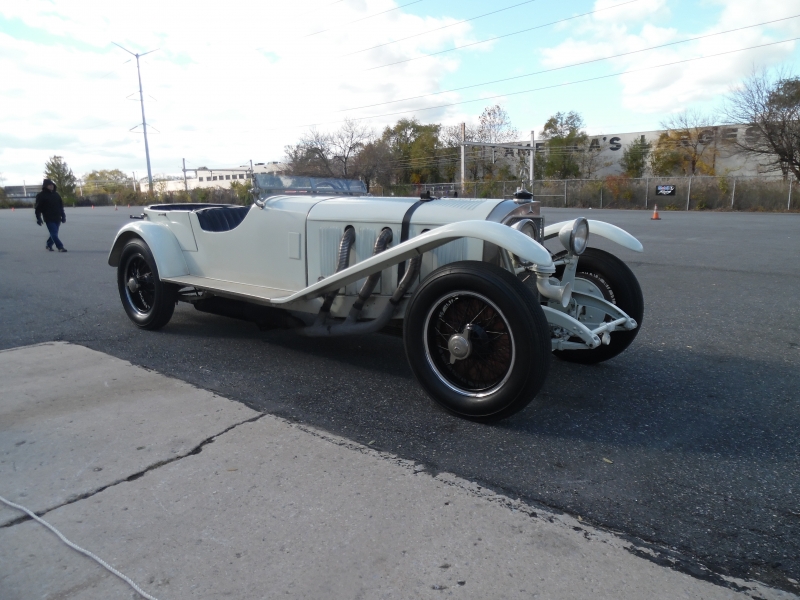 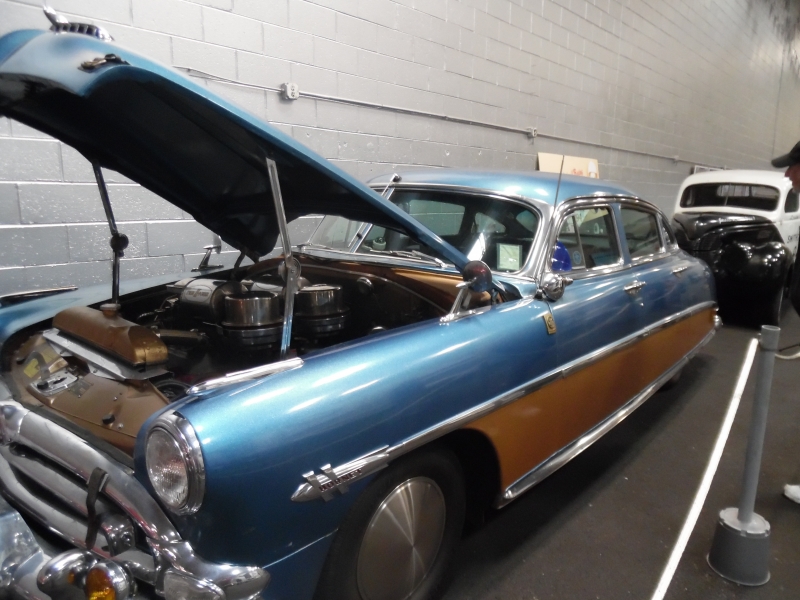 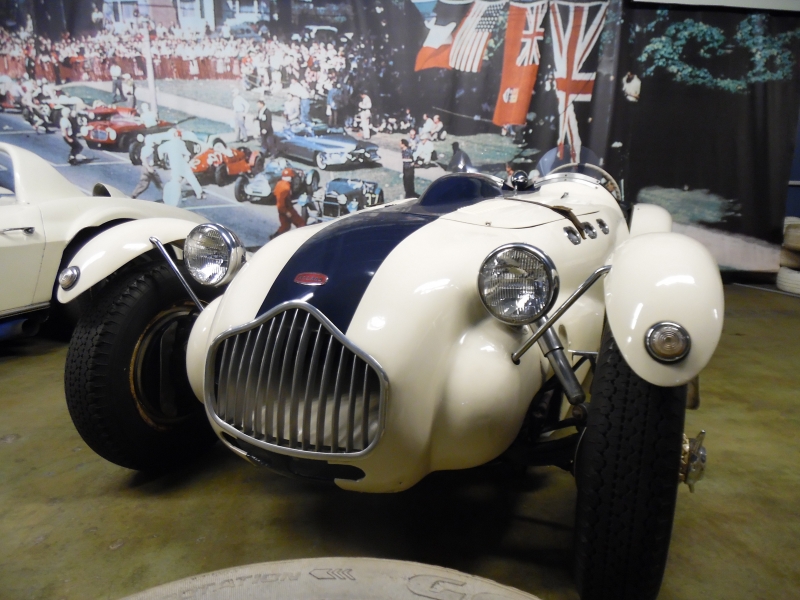 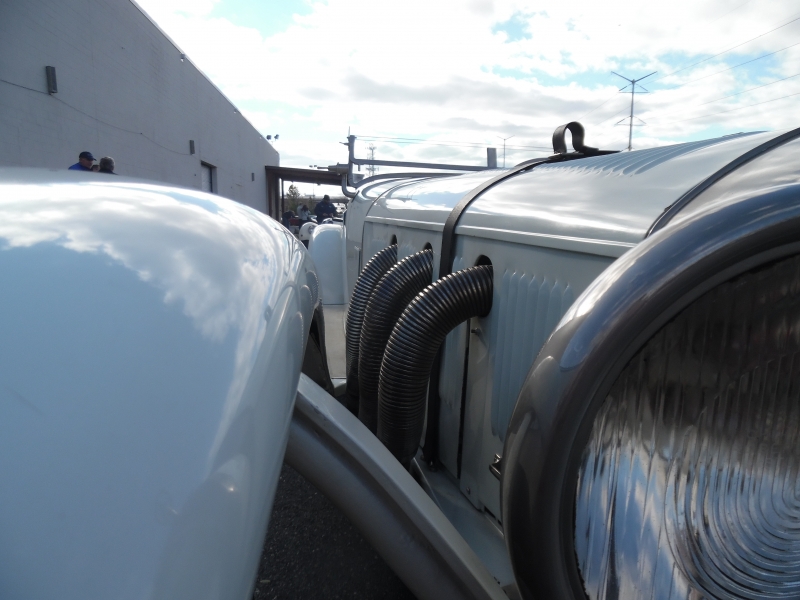 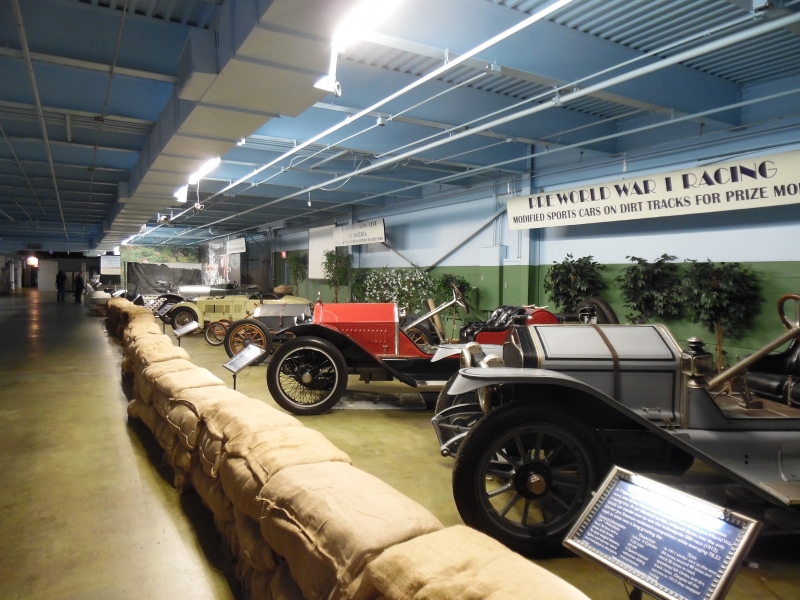 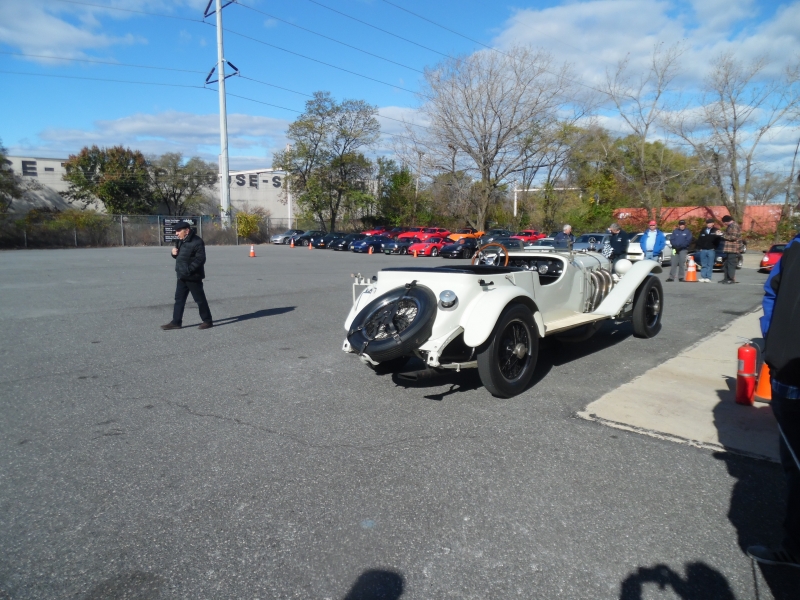 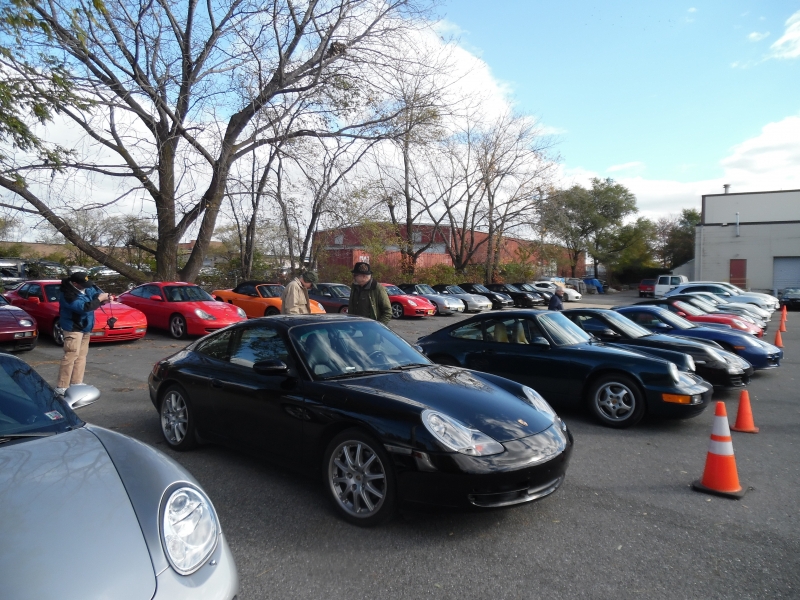 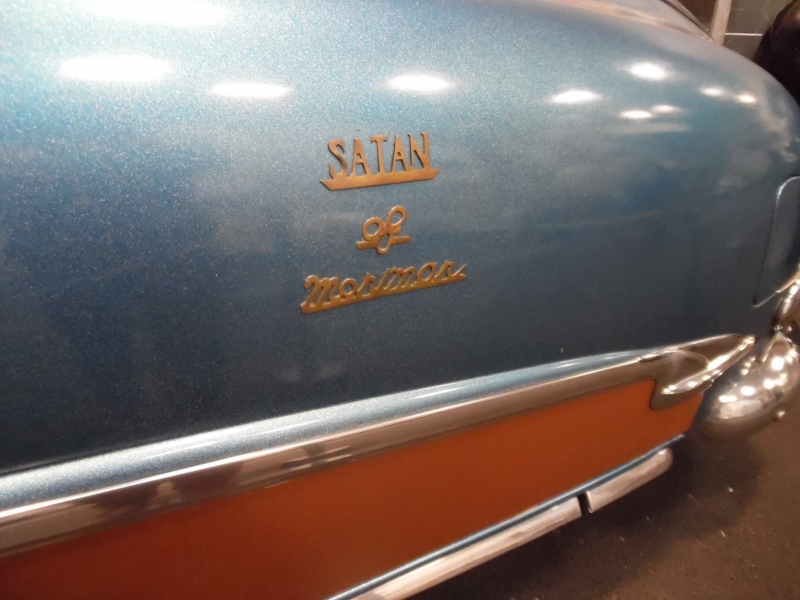 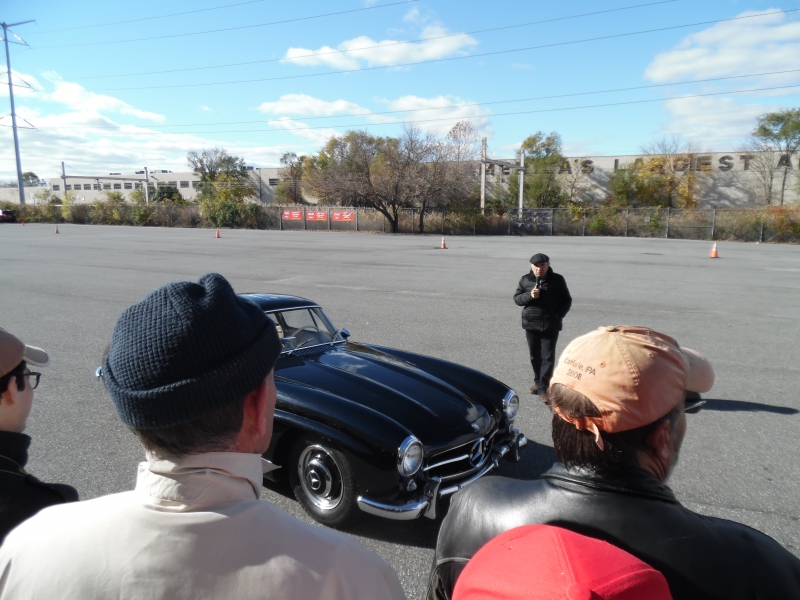 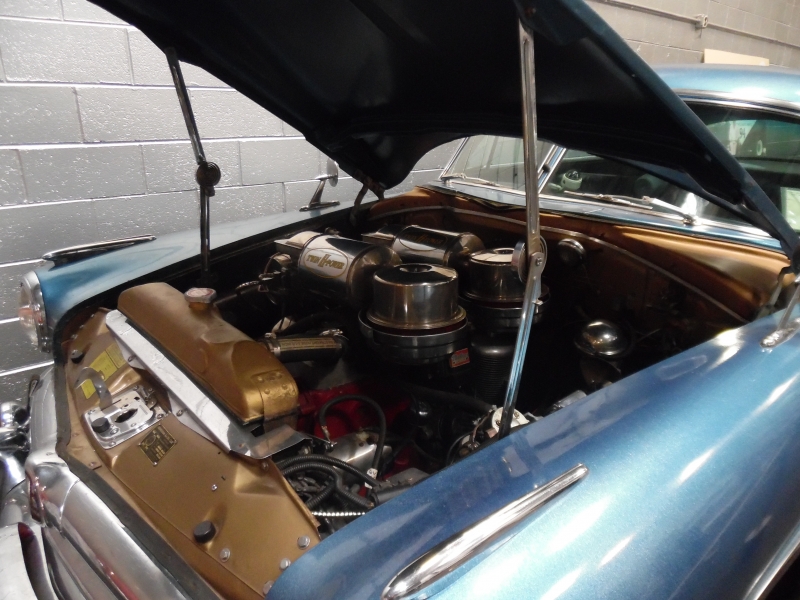 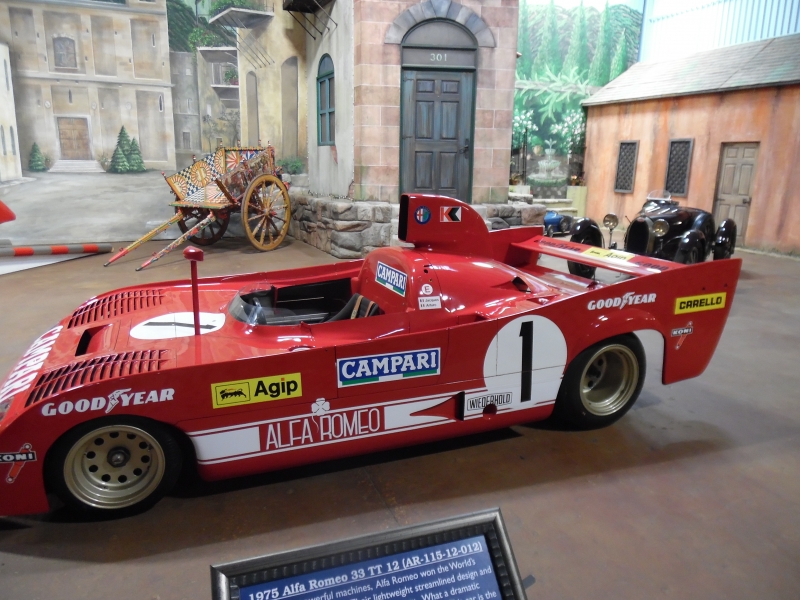 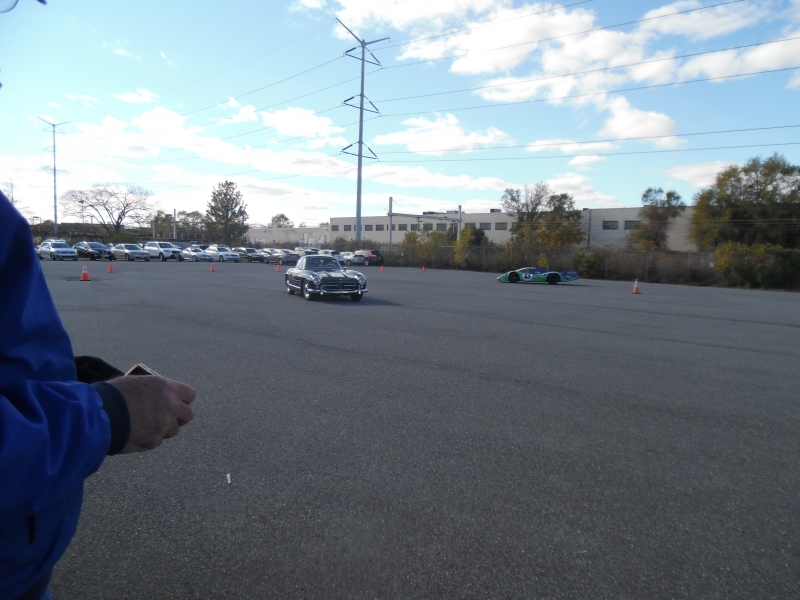 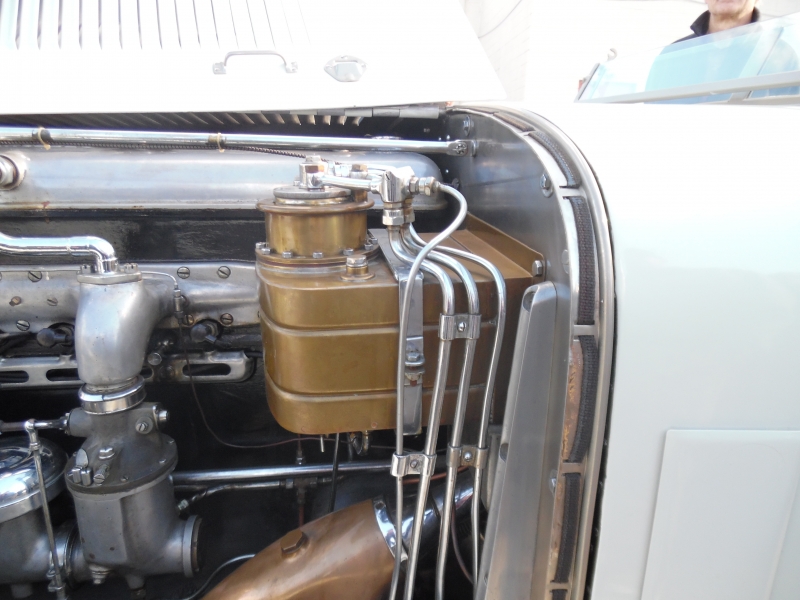 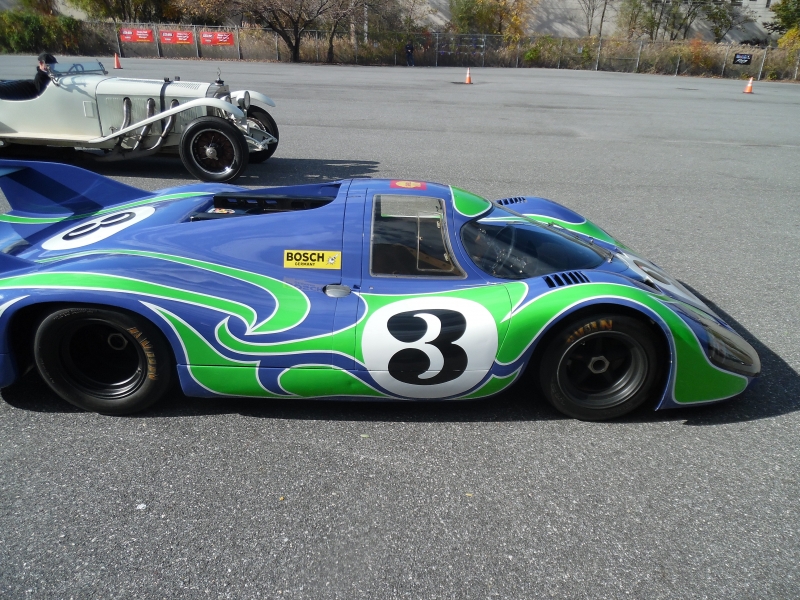 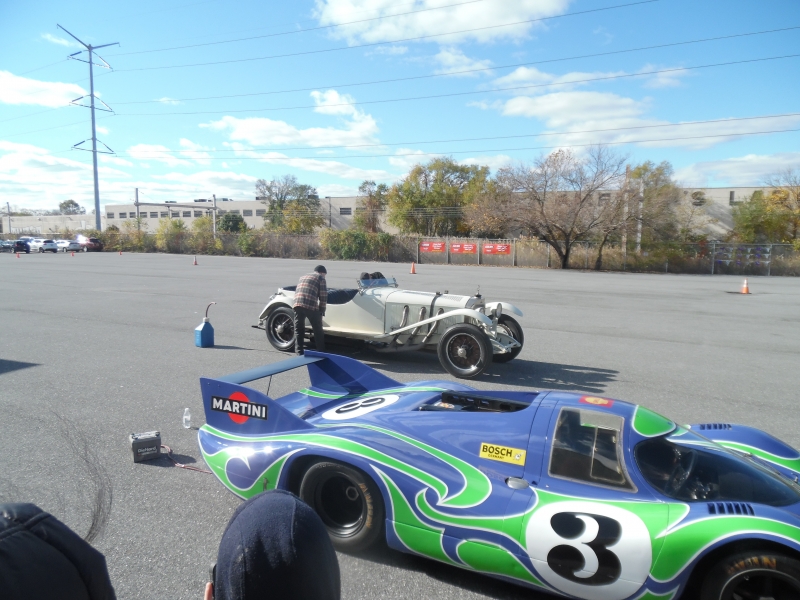 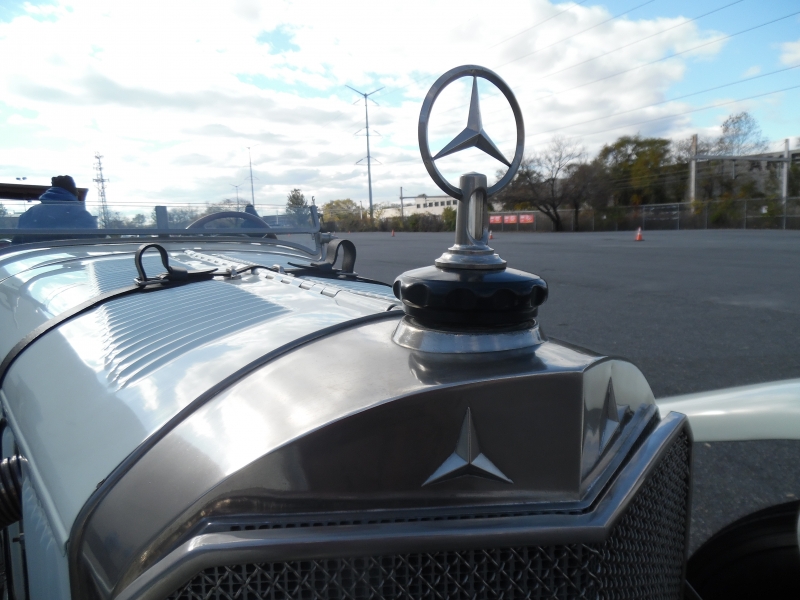 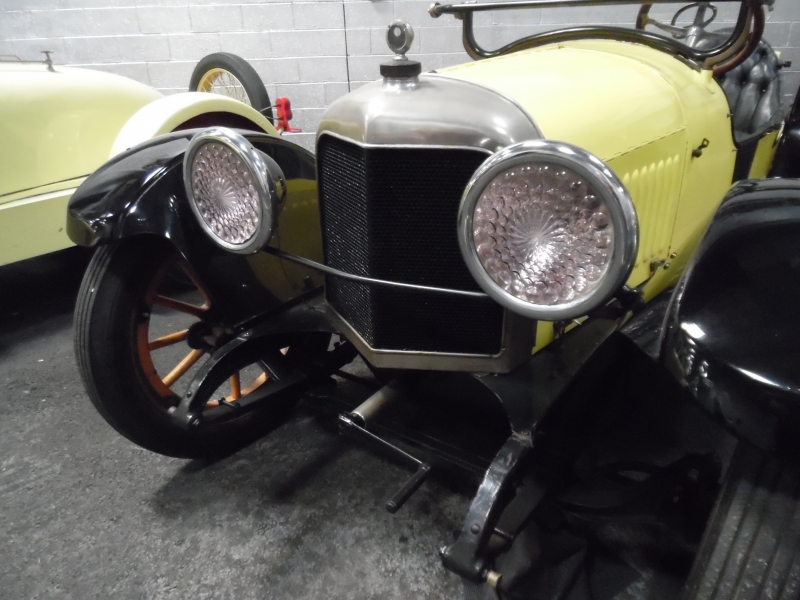 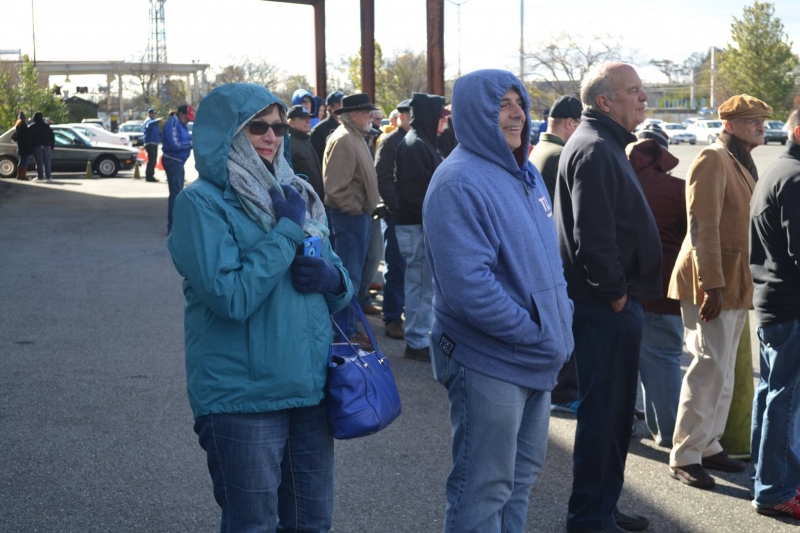 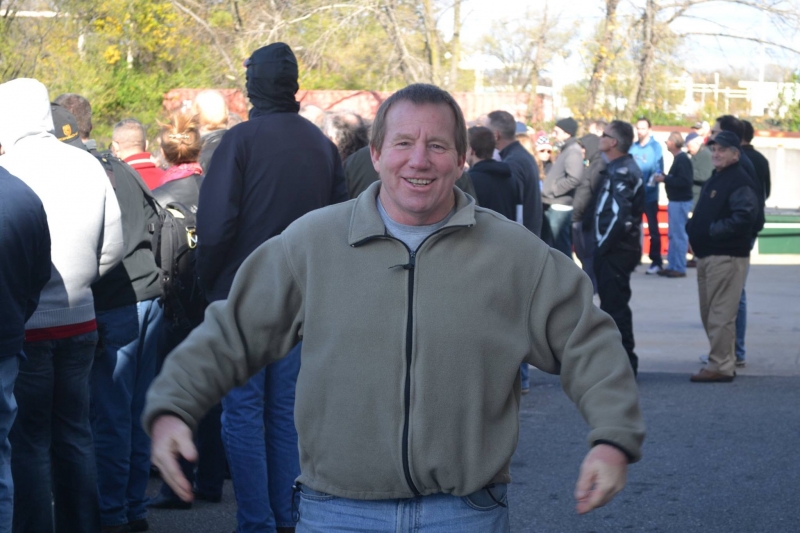 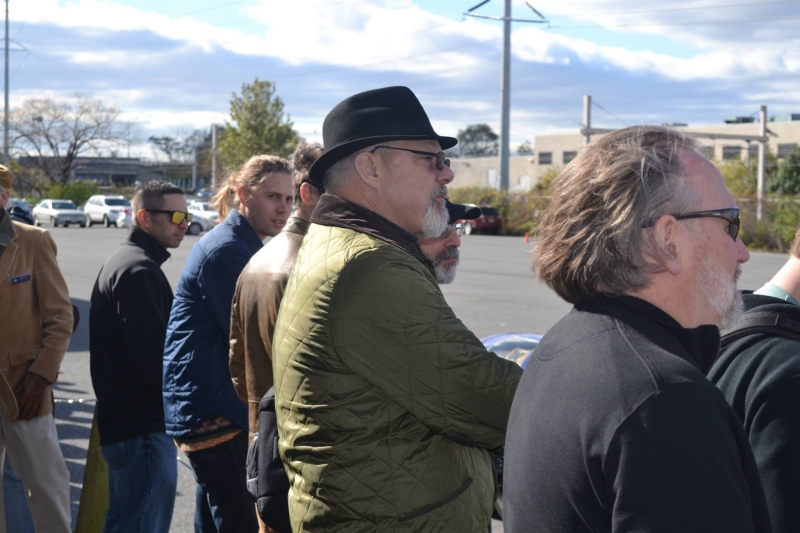 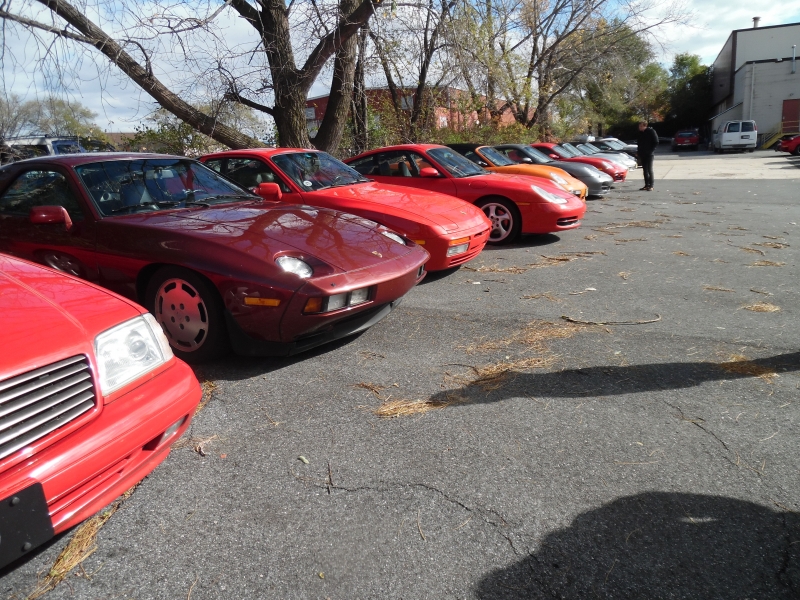 Some of us got an early start with breakfast an Van Guilder’s Jubilee, and six cars met at the Hickory Run Service Plaza for a spirited drive to Philadelphia. Len was attending an NSX event, so he brought his beautiful red Acura along for the drive. On arriving, we were mistaken for part of Southern New Jersey Region, who had parking set aside for them in the back of the museum. Randy parked his 928 and Shawn his 944 among the 911s, Boxsters, and Caymans of the SNJ folks, which is sure to cause confusion when they spot the two oddball cars in the background of their group picture!

Of course, the focus of the trip was the ‘Demo Day’ of the German sportscars. This is a special feature of Dr. Simeone’s museum, wherein they bring out a handful of priceless automotive artifacts, fire them up, and drive them around the back of the museum. This weekend was ‘Der Best von Deutchland’, and the cars were a 1927 Mercedes Benz Sportwagen, a 1937 BMW 328, a 1956 Mercedes Benz 300SL Gullwing, and a 1970 Porsche 917LH. Dr. Simeone gave a short talk about the historical significance of the each model, and what made each of these cars individually special.

For instance: The BMW was hidden in a barn in the Netherlands at the beginning of World War II to keep it from the Germans. Over the years, more hay was piled on it and it was forgotten. It wasn’t rediscovered until 1980! At that point the owner contacted Dr. Simeone and asked the doctor to buy the car for his collection because the owner wanted it left as it was, and not frame-up restored to better-than-new, which was normal at the time. The car appears as it was found, and it’s gorgeous. It runs like a new car.

The 917LH is the special long-tail version of the incredibly powerful, flat-12 917 race car. This car is the last of the Le Mans ‘sportscar’ class, which was replaced by the ‘prototype’ class afterward. Thie 917 has two seats and enough lights to at least theoretically be a road car. It won second overall that year and still holds the record for top speed on the Mulsanne Straight: 240mph!

Dr. Simeone’s collection essentially ends with this 917 because Le Mans moved to the prototype class. You can’t collect everything, and the doctor decided to concentrate on classic ‘drive to the race, race it, drive it home’ sportscars that ruled international motorsports racing in the 30s through 60s.

It was amazing hearing these cars fire up and drive (except for the Mercedes Sportwagen, which was having a fuel supply issue). The BMW and 300SL sounded like modern roadcars. The 917 sounded like a cross between a six-cylinder 911 and a tractor.

The remainder of the museum was just as amazing and full of incredibly rare, stunning, and significant cars. The day started cold, but finished beautifully in the 60s and a sunny afternoon drive back to NEPA. This was a treat for any car enthusiast, so plan on going again next year!

August Member’s Meeting at Eurana Park in Weatherly, PA. It has been very difficult for your BOD to find outdoor venues to meet because of the current situation with COVID-19. […]

July Member’s Meeting at Eurana Park in Weatherly, PA. It has been very difficult for your BOD to find outdoor venues to meet because of the current situation with COVID-19. […] 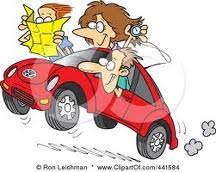 August Member’s Meeting at Eurana Park in Weatherly, PA. It has been very difficult for your BOD to find outdoor venues to meet because of the current situation with COVID-19. […] 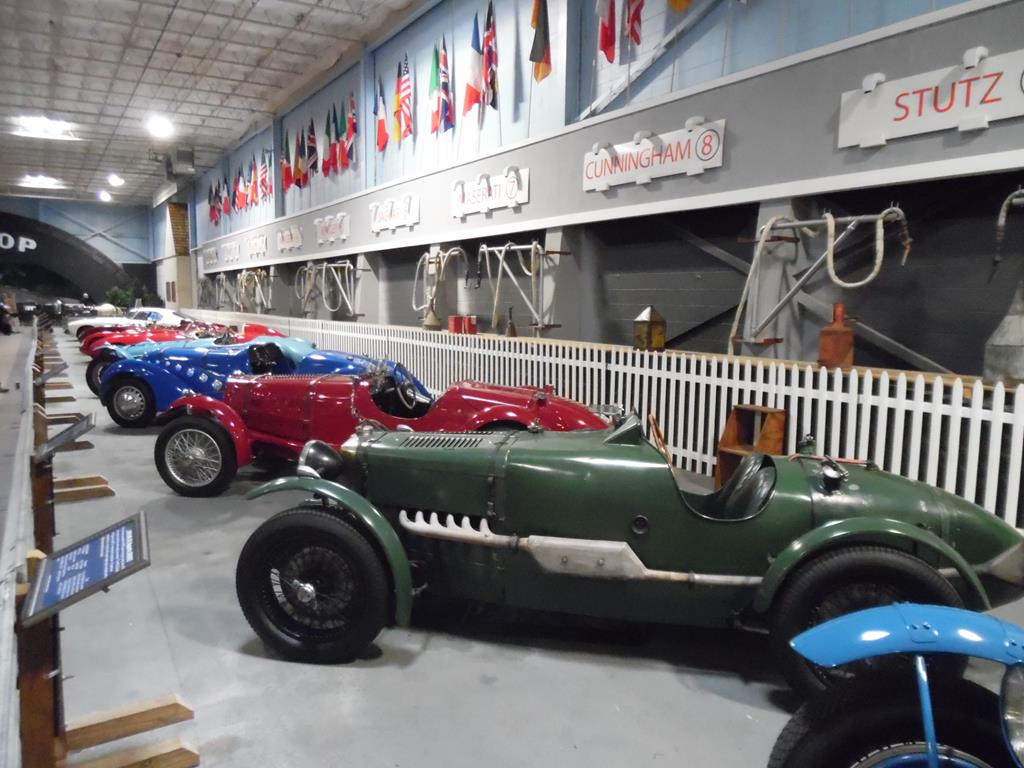 July Member’s Meeting at Eurana Park in Weatherly, PA. It has been very difficult for your BOD to find outdoor venues to meet because of the current situation with COVID-19. […] 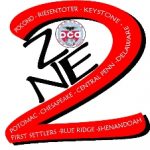